Home city guide things to do in jaipur

Things to do in Jaipur

Jaipur being the largest and capital city of Rajasthan state has populated with 3.1 million people. The Pink City reflects a mixture of modern and ancient Indian culture. The city incorporates monuments, palaces, museums, parks, temples. Jaipur is a place for tourist attraction not only in Rajasthan but for entire nation.
The entire city is beautifully built as per the rules of Indian Vastu Shastra to make the citizens prosperous and comfortable. According to Conde Nast Traveller Readers Choice Survey in 2008, Jaipur has been ranked seventh position as a major tourist destination in Asia. Some of the most popular places in Jaipur are listed here. 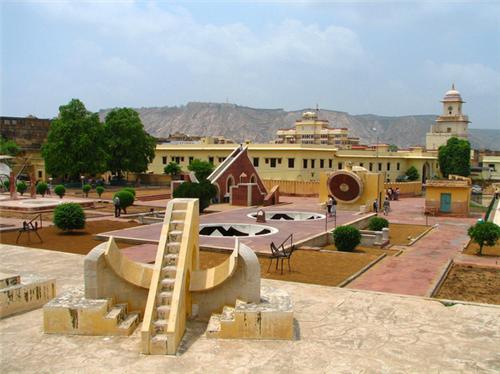 The multiple structures of stone masonry constructed in different geometry are the main attraction for architects, art historiographers and artists throughout the world. These models of instrument are used for determining the celestial altitudes and related ephemerides, measuring time, tracking stars location as the earth orbits around the sun, predicting eclipses, and ascertaining the declinations of planets. These instruments are made with bricks, plaster while few were made of bronze.

Among the different spots Statue Circle is one of the popular picnic spot in Jaipur. Sanganer a small village in Jaipur is well connected with the city via road and is used as a picnic spot by residents of Jaipur.

The festival is covered by all leading newspaper of India. It is the most prestigious and largest festival celebrated in Asia-Pacific every year. Since 2006 it is celebrated every year in the month of January. It is an initiative taken by Jaipur Virasat Foundation. It has both national and international viewers as it involves great work done by writers like Salman Rushdie and the Satanic Verses controversy. It is a must visit festival for all literature lovers. 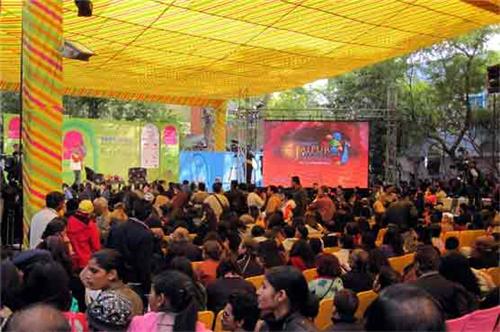 The ancient culture of Rajasthan can be clearly seen in the temples of Jaipur. Some of the renowned temples in Pink City are Galtaji, Birla Temple, Govind Dev Ji Temple, Moti Dungri, Shila Devi Temple, Khole Ke Hanuman Ji, Kale Hanumanji Temple, and many more. The Pink City is also known as “Choti Kashi” because of the spiritual significance and importance of temples.

Jaipur Metro is going to be the fourth metro rail in India after Kolkata, Delhi and Bangalore. It is expected to start early in 2014. Know more 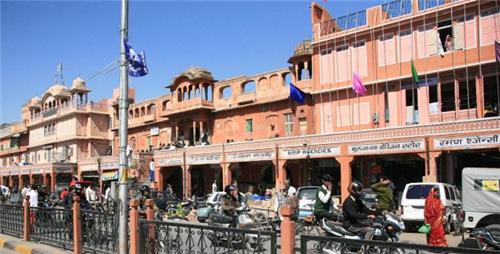 Jaipur is famous worldwide for its handicraft and textile design. Blue Pottery in Jaipur is a unique item available in unique designs and structure. Market like Johari Bazaar, Bapu Market, Chandrapole Bazaar, Chaura Rasta, Tripolia Bazaar, Nehru Bazaar and many other wholesale markets in Jaipur are filled with items like fabric, saree, pottery, cosmetic items and all other commodities are available at the most economical rates.

Albert hall Museum, Alice Garg National Seashells Museum, Anokhi Museum of Hand Printing and Maharaja Sawai Man Singh II museum are the most popular museum where Jaipur culture and traditions are reserved in the form of painting, images and statues.

The Pink City is a mix architect of modern and ancient India, the eye catching monuments worth to see. Every year number of foreign and local tourist is increasing day by day, one has to visit this place Jaipur has lot to do.