Jaipur is a well-developed city, equipped with all the modern day facilities essential for its inhabitants. It offers health, education, transport, tourist and all the other necessary services. Jaipur’s government is working hard to improve the quality of various services. Here is a detailed look at the services provided by different sectors of Jaipur. 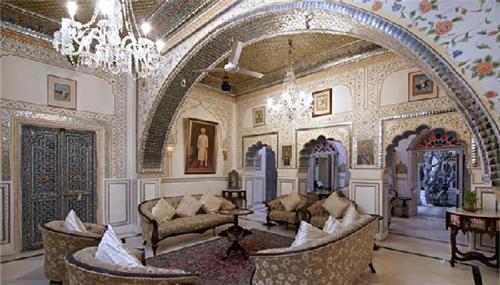 Being a tourist place, Jaipur has a host of hotels that offer different accommodation facilities to suit various classes of people. You may choose an accommodation as per your budget. You may even choose between different categories of hotels. The city encompasses big luxury hotels as well as budget hotels. These hotels are equipped with all the facilities.

Jaipur also offers several options for those who are planning to buy a property or take it   on rent.

All the major banks operational in India including Axis Bank, HDFC, ICICI, IDBI, Citibank, Indus Ind Bank, Standard Charted Bank and United Bank of India have branches in Jaipur. State Bank of Bikaner and Jaipur is one of the oldest banks in Jaipur. All these banks have several ATMs installed in various parts of the city and offer all the other necessary banking services.

There are several government as well as private hospitals in Jaipur that offer advanced healthcare services. The services have improved a great deal over the last few years. These hospitals are well maintained and have all the latest health care equipments required for carrying out all kinds of medical treatments. Bhagwan Mahaveer Cancer Hospital and Research Centre, Monilek Hospital & Research Centre, Pandya Hospital & Research Centre, Railway Hospital, Child Care Hospital, City Hospital and Jain Eye Hospital are among the best hospitals in Jaipur. Besides these there are several good nursing homes and clinics located in Jaipur.

The city also has sufficient number of Eye banks, Blood banks and medical stores that operate round the clock.

Even if you don’t own a vehicle you don’t have to worry about commuting in Jaipur as the city offers good transportation service. There is a good service of buses and auto-rikshaws that take you to your desired destinations within the city. JCTSL, the bus service operated by RSRTC ensures that its buses reach every colony and suburb of the city. It runs around 250 buses on Jaipur roads each day.

RSRTC buses also connect Jaipur with other parts of the country including various towns and cities of Jaipur, Delhi, Uttar Pradesh, Madhya Pradesh, Gujrat and Haryana.

Mini Bus services and taxi/ cab services are also available to commute within the city.

A Metro Rail project is also proposed for Jaipur. Its work would commence soon and the service would begin in a few years. Commuting in the city would become easier with the introduction of the metro rail.

Jaipur also offers a good railway service. There are several trains that run from the Jaipur railway station to various parts of India.

Jaipur International Airport situated in Sanganer is equipped with world class facilities. It connects Jaipur with all the major cities in India as well as other parts of the world.

Almost all the top Indian telecom operators including Airtel, Vodafone and Reliance provide services in Jaipur.

Jaipur’s Police stays vigilant at all times to ensure that the locals as well as the tourists enjoy a safe and secure environment in the city. They make constant efforts to prevent crime and promote peace and harmony.

Comments / Discussion Board - Services in Jaipur