A mosque is a place of worship for the followers of Islam. he word "masjid" dedicated for the daily five prayers and the larger masjid "Jama" where the daily five prayers and the Friday congregational prayers  are held with a high volume of attendance.
The Imam leads the prayer. Listed below are the mosques where Muslims can come together for salat (prayer) in Jaipur:

It is a protected monument by Archeological Survey Of India. As told by the localities, Akbar once came to this mosque so they also call it Akbari Masjid. Four high minars built on the corners enhance its beauty. The mosque has five arched screes and deep mihrab on the western wall. Interior of domes were decorated with geometric designs and paintings, traces of which are still visible. 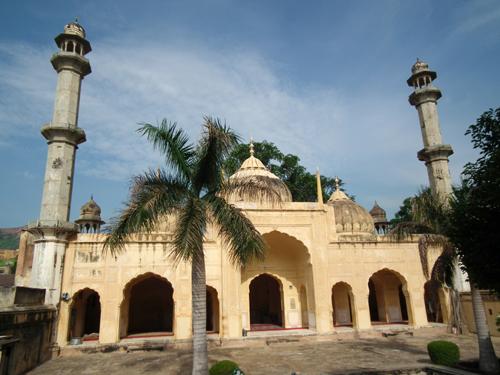 This mosque is built on the usual plan has five arched screen and deep Mihrab on the western wall.  In front of the mosque there is a courtyard entered through a small gateways from three directions. A Persian inscription to the left side of the central arch states that this mosque was built by the king of Amber, Bharmal. 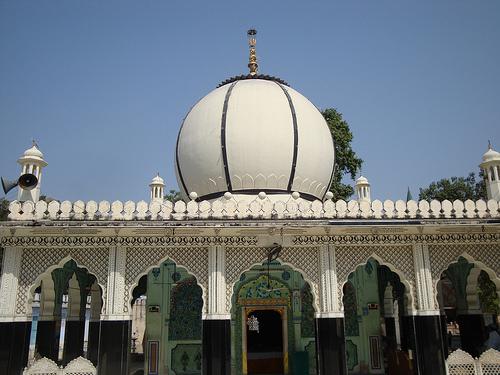 Address: Bhatta Basti, Ram Nagar, Shastri Nagar, Jaipur
Other than these listed Mosques, the followers of Islam can come together for 'Salat' (prayer)  at following mosques which are at located at Mirza Ismail Road, Khejron Ka Rasta, Nahari Ka Naka, Khandelwal Colony, A. K. Gopalan Nagar and Mahant Colony.

They often include a mosque, meeting rooms, schools (Madrassas), residences for a teacher or caretaker, hospitals, and other buildings for community purpose.
Some of the Dargahs having Heritage status are listed below: