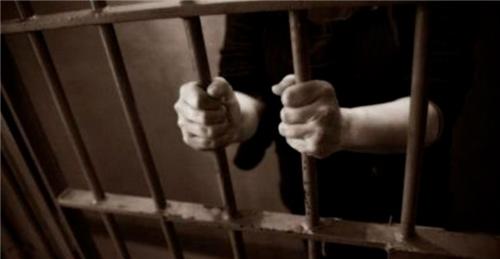 Jail the dreadful place, the painful solitary confinement which one is subjected to can be difficult to bear for anyone. The government of Rajasthan has a separate department named as Rajasthan prisons department to look after this issue.

Usually the people who are subjected to this type of punishment are looked down upon by the society, they are low on self esteem the brutal and hostile ambience which they are put into is also a deterrent. They are quite detached with mainstream lifestyle.

All these reasons are strong enough to consider oneself as worthless, this is a very tough situation to be in. Clashes among fellow prisoners are common, so security is a serious issue of concern for the authorities. So the sincere endeavour of the jail authorities is to transform these inmates as responsible, law abiding citizens when they finish their term.

Also it is a matter of great concern that once they step out they should be able to earn their living with good moral values.

Functioning of the Jail

The responsibilities are shared amongst these people for the smooth functioning of prison. One of the prime initiatives taken by the prison authorities is skill development. Many people have discovered a new aspect of their creative expertise once they landed up in this place.

Many are working with brush and palette. Some have followed the meditation route. Some are brushing up their writing skills. Prison administration is also working on the same by conducting workshops, seminars and guest lectures at regular intervals.

This department also keeps itself updated with latest developments taking place on the technological front. It has developed its own application software for Prison Inmates Management and Visitors Management.

It also has an efficient video conferencing system. It helps in vigilance and is also a cost cutting measure, as prisoners are not required to be physically present during trials.

The state government also takes into account this entity and allocates a specific sum of money to be used in providing more amenities to prison staff and inmates. Infrastructure development, providing security by round the clock security surveillance through CCTV’s are some prime projects. G2G government to government and G2C government to citizen interactions are crucial and they are conducted smoothly through these e governance platforms.

Also a prisoner’s welfare week is observed from 2nd of October. Another issue of concern for prison administration is illiteracy. This should be tackled seriously. So many efforts are taken to impart basic reading and writing skills to inmates. All the stationery requirements are fulfilled by NGO’s and donors. Some educated prisoners volunteer come forward and teach other fellow’s.

Another work from the prisoners worth applauding is magazine UJAS published by them. It has information regarding the conduct of prisoners in different princely states during past centuries. LAN network is also being commissioned within the prison.

An exhibition was also carried out displaying the art works created by the jail inmates at the prestigious Jawahar Kala Kendra. Prisoners are also involved in carpet weaving and furniture making. Jaipur prison has a history of conducting Vipassan.


Explore more about Administration in Jaipur