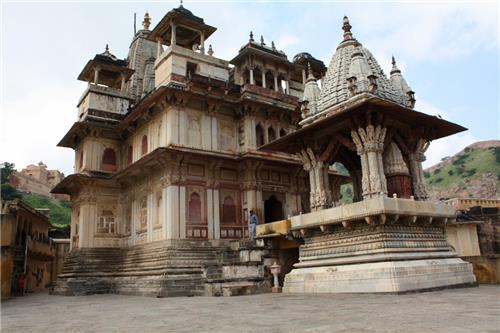 Shri Jagat Shiromani Temple forms part of Vaishnavite cult of Hinduism and since the queen wanted it to be acclaimed universally she named it Shri Jagat Shiromani temple (meaning head jewel of the idol of Lord Vishnu). The temple also has the idol of Shri Garudji who is the vehicle of Lord Vishnu and around 11 lakh rupees has been spent in the construction of the temple.
Some of the famous festivals celebrated in the temple are Annakuta, Janmashtami and Sharat Purnima. The temple is opened in the morning from 6.00 a.m. to 1.00 p.m. and in the afternoon from 4.00 p.m. to 8.00 p.m. The temple follows Vaishnavite traditions, customs and modes of worship.