The history of Jaipur, which is 262 kilometres from Delhi, dates back to 12th century. Jaipur, the capital of Rajasthan expanded its name from Maharaja Sawai Jai Singh, who built it AD 1727.  Maharaja Jai Singh had to come into power, when he was only 11 years old after the demise of his father maharaja Bishan Singh.
Jai Singh’s ancestors are Kachwaha Rajputs, who came into power in 12th century. The kanchwaha belonged to the Kshathriya or the warrior caste of Hindus. However, their origin is traced back to Kusa, the twin sun of god Rama. The special relationship between the Amber rulers and Mughal brought the Kanchwahas real power, influence and wealth.
They made alliance with Mughals and got help from them due to their rivalry with Sisodia Rajputs, rulers of Mewar that resulted in attaining a reputed place in Rajasthan. Kachwahs ruled the kingdoms of Marwar (Jodhpur) and Mewar (Udaipur) from Amber Fort. 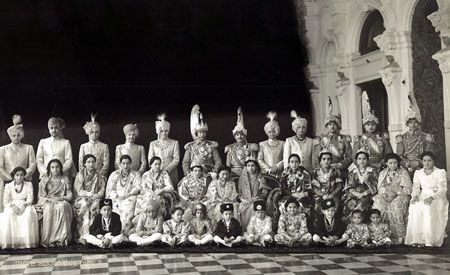 During the reign of Jai Singh, the kingdom flourished and the capital was built around Amber Fort.
It was during his period, Vidhyadhar Bhattacharya, the chief architect from Bengal, developed Jaipur as India’s first ever planned city by following the principles of the ancient Indian knowledge on astronomy and Shipa Shastra (the science of Indian architecture). It is believed that Jai Singh himself laid down the foundation on 1727.

After the death of Jai Singh in 1744, the city became interrupted by neighboring states and Marathas and Rajputs conquered most of Jaipur. Later, Maharaja Ram Singh adorned Jaipur city in pink colour which is believed to welcome the Prince of Wales (later King Edward VII) to the city, as a part of hospitality.
Later it acquired the name Pink City. The colour was selected after several experiments in order to cut own the intense glare from the reflection of the blazing rays of the sun. It was also Maharaja Ram Singh, who built Ramgarh Lake to provide water to the budding and prospering.
The reign is changed over to Man Singh II in 1922 and he took leadership to build schools, secretariat and hospitals. In post-independence period, Jaipur merged with Jodhpur, Bikaner and Jaisalmer to form the largest state of India with Jaipur as its capital.

Arriving from Jaipur through the narrow pass in the hills, you can see the honey coloured Amber 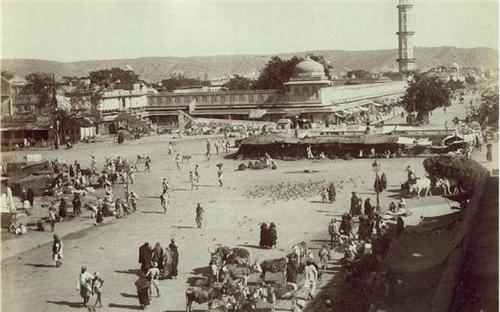