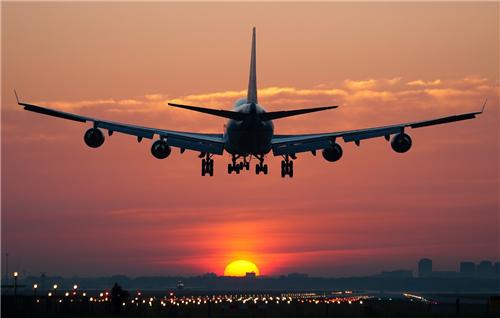 Jaipur being an international destination, attracts lots of visitors from all over the world. Though there are many tourists who find not just Jaipur but many other cities fascinating. Even for the people residing in different cities, there are different modes of transport to reach Jaipur. Here are different flight details from major cities of India, for your facility.

Flights from Jaipur to Mumbai

Flights from Jaipur to Delhi

Jaipur and Delhi are two main cities that hold great importance in terms of culture and tourism. Delhi the capital city of India has major tourist attractions for major part of population throughout country and world as well. Delhi has international airport with major junction point for many flights. The airport ensures all the best facilities and convenience for passengers. Also Jaipur is one of those fascinating cities with historical and cultural existence. Quite famous for its architectural and royalty, it becomes a famous tourist destination. There are domestic flights that depart from Jaipur to Delhi.

Flights from Jaipur to Bangalore

The city Bangalore, capital of Karnataka is well known as the IT hub of India. With most of IT sector and educational sector running in the city, the travel through various modes becomes an import aspect to be noticed. Bangalore Airport is well facilitated with various domestic as well as international flights that depart form this airport. And as we know Jaipur city is famous for its cultural relevance, so it the mix and contrasting combination of two different cities is linked through airways. There are flights that are available from Jaipur to Bangalore with good facilities.

Flights from Jaipur to Hyderabad

Like Jaipur, Hyderabad has its own relevance in terms of its royalty and class. This city is also known as City of Pearls. It has quite delicious food, distinctive culture, well known for land of various business companies etc. Its sophistication and lifestyle of people is reflected well in the city. At the same time, the airport connects Hyderabad to various cities around the country.  And the flights that run from Jaipur to Hyderabad are mentioned as below.

Flights from Jaipur to Kolkata

Kolkata city located in West Bengal is also the capital city. The city gives a unique experience in terms of architectural values. Also it is quite fascinating to see the variety in its culture and it differs from rest of the places of India. Its historical beauty and British era architecture attracts tourists from many places. While we talk about Jaipur, flights are the most convenient and easy mode of travelling.

Flights from Jaipur to Goa

If you wish to experience western culture in India then Goa is the right place for you. Famous for its exotic beaches and nightlife, the place is most visited and liked placed for tourists. Apart from its rocking nightlife, it is also famous for drinks and cuisines, following the same culture, one gets to see many catholic churches in the small city on the coast of Arabian Sea. As tourism is the major economy source for Goa, its best and easy to travel here through flights.

Flights from Jaipur to Ahmedabad

This city situated n Gujarat has become the hub of economy since years. In India, Ahmedabad is one of those places that reflect one of the different cultures in this colourful Country of different cultures and religions. Very famous for the food items like khakra, jalebi and much more, this city serves with warmth and hospitality that one will always love. Apart from this, the business of ghagra, choli is quite high at the special days of Navaratras. This place becomes quite famous for visitors who want to experience new culture and lifestyle.

Flights from Jaipur to Chennai

Chennai located in the south part of India lies on the cost of Bay of Bengal. This city is well known for its culture and beautiful landscape all around. The south Indian culture is well appreciated throughout India and the food items remains the favourite on their list of taste buds. Well connected to Jaipur through airways, there are flights on affordable price that connect the two cities.

Flights from Jaipur to Udaipur

Udaipur city, also known as the City of Lakes is located in state of Rajasthan. Having historical story of Mewar, it became a part of Rajasthan after Independence. The scenic beauty of royal Rajputana mahals, and lakes, it becomes a famous tourist destination.

Flights from Jaipur to Pune

Pune located in Maharashtra state is the very famous IT hub other than the best educational facility. Apart from this, Pune also has its historic relevance at the time of British Rule, there were many freedom fighters who were imprisoned. Also Mahatma Gandhi and his wife were imprisoned during Quit India Movement.

Flights from Jaipur to Chandigarh

Chandigarh the beautiful city located in north centre of India is the capital city of Punjab as well as Haryana. This city is among the most visited places and favourite destination for tourist from many parts of country. This well planned and green city is well connected t nearby states and their cities through different modes of transportation. It is also situated near many cities of Himachal Pradesh. The domestic airport is well connected to city and nearby cities too through easy transport facility.

Flights from Jaipur to Jodhpur

One of the largest districts in the state of Rajasthan, it is another city in the same state that is famous for its architectural beauty in terms of mahals, and royal forts.

Flights from Jaipur to Lucknow

Lucknow city is the capital city of Uttar Pradesh state. Located near the Gomti River that runs across it, the city has extreme climatic conditions with extremely cold winters and hot summers.

Flights from Jaipur to Indore

Located in Maharashtra, Indore is the commercial capital with most of the industrial sector and major source of economy in the state. Other than that there are various tourist destinations like Annapurna Temple, Ganesh temple and many more.

Flights from Jaipur to Dubai

The city that belongs to the Unites Arab Emirates, Dubai is one of the seven Emirates that complete nation. Dubai is very famous among India tourist for shopping, Business purposes and lot more. So airways has becomes the most convenient source for them. Having hot climate for most of the year Dubai is also quite renowned for its architectural wonder like Burj Khalifa.

Jaipur the Pink City is the land of natural treasure and astonishing history. This city is very well known for its culture, art, history and architectural beauty. Jaipur is well connected to other parts of the country as well as world through Airways, Railways and Road network. From the point of view of tourism, Jaipur has many favorite spots like forts and heritage hotels. Thus tourism has a major role to play that adds to the beauty and significance of Jaipur City. Airports are the major entry and exit points of the city that connects it to the rest of the world.