Dolls Museum is quite popular in Jaipur and attracts tourists from across the world. The dolls museum consists of dolls from many countries of the world which represents different culture from every nook and corner of the world.
The museum exists in the premises of the famous Albert Hall Museum. Tourists are attracted by it as they can see different cultures from across the world under one roof. This museum which was built in the year 1974 is located 4 Kms away from the heart of the Jaipur city.
Apart from the dolls from different countries of the world, it also houses dolls from different parts of the country as well. Tourists can not only see the dolls in the local attire of different states but also dolls adorned in bridal attire from all over the country is displayed here. 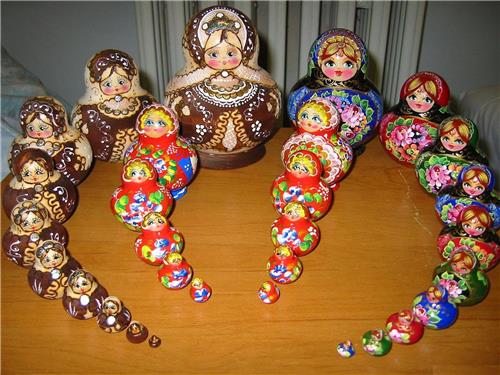 This museum attracts the children very much as they are fascinated by the dolls that are dressed in different attires. From the dolls, the children get to know about different culture, ethnicity and beauty of different people living in India but also of the world. For the elders, the dolls take them to their childhood and the memory one gets is blissful. Several times the place looks like a doll shop to the public rather than a museum.
There are a wide range of dolls that depicts different culture and traditional costumes of different part of the country. Though one can see the local attire of different states across the country, but the most striking ones are the bridal attires of different states such as Kerala, Mysore, Bengal, Punjab and Gujarat.
Similarly, there is also a wide range of dolls that depicts the traditions and culture of developed as well as developing countries i.e. the museum houses the dolls of USA, Mexico, Britain, Sweden, Spain, Germany, Uganda, Ghana, Afghanistan and Lebanon wearing their national attires is quite attractive.
The dolls wearing the bridal wear of Malaysia, Japan, China, Burma and New Zealand are stunning and also add beauty to the magnificent costumes. The museum creates fairytale world of its own. The arrangement of dolls that represents different culture across the world is quite commendable.
Not only the dolls dressed in national attire but also dressed in different bridal costumes of national and international are colorful, charming and beautiful. It is also to be noted that Indian dolls not only displays national dress or bridal attire but also of different classical dance forms like Bharathanatyam, Kuchipudi, Kathakali, etc are also displayed here. It is ideal to take the kids on an educative trip to the dolls museum.
Apart from the dolls, the museum also houses some of the art forms such as woodwork, paintings, pottery, metal objects, sculpture, etc. If you are on a tour to Jaipur, you must not miss this museum.
Also see: Anokhi Museum | Museums in Jaipur
Located in: Seth Anandi Lal Poddar Institute Of Deaf Dumb
Address: Jawahar Lal Nehru Road, Trimurty Circle, JLN Marg, Adarsh Nagar, Jaipur, Rajasthan 302004