The diversity of India e.g. cultural, sociological or even geographical has long been attracting people to its embrace.  Rajasthan is India’s one of the largest tourist catchers for years. Indian tourism sector predominately depends on Rajasthan alone. The mesmerizing state of Thar dessert, the ancient Rajputana of those intrepid Rajputs, the land of vibrant cultural varieties and the place of utter luxurious yet cordial hospitality - Rajasthan is a blend of everything a wander soul can ask for. 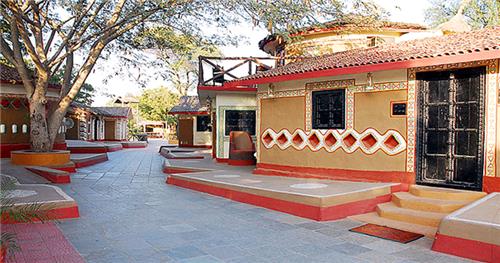 About 20 km away from the main city Chokhi Dhani which means ‘a special village’ is truly the little Rajasthan on its own. Being a walled place Chokhi Dhani has everything inside it that the state of Rajasthan can offer. The traditional culture, the artifacts, the cuisine-all in a complete Rajasthani ambience shaped into a rural Rajasthani village at Chokhi Dhani.
Choki Dhani is one of the most popular sites in Jaipur. This concept village was established in 1990 mainly to promote and preserve the Rajasthani tradition through several modes of amiable amusement as well as keeping in mind the necessity of the modern amenities. 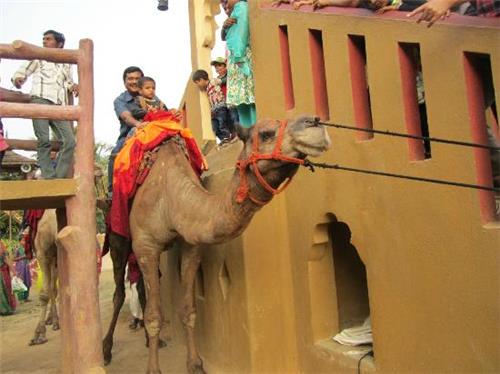 Chokhi Dhani offers several amusement categories. You can ride on the back of camels-the dessert-ships.  It is as thrilling and romantic as roaming on any other natural water-body. You can take a joy ride on elephants, bullock-cart, and horse or even you can make a boating trip on Tal Talaiya, the dedicated lake inside the mock-village. 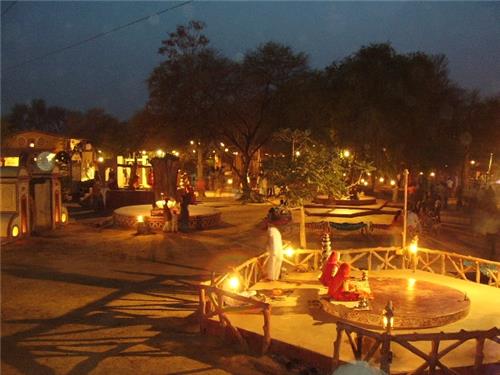 There are also a number of hangout places inside Chokhi Dhani. The popular ones are the Vaishno Devi Temple with a beautiful water fall just outside it. Then there is an artificial cave called Babaji ka Cave which brings people to the primitive age. At Rathakhana there is a nice display of various ancient Chariots or Rathas.
At Chokhi Dhani the traditional village culture of Rajasthan would enthrall the tourists by displaying those conventional huts, village life-style etc. Representing the cultural heritage, Chokhi Dhani offers live performance of all kinds of traditional folk dances. Ghoomer, Kalbeliya or the snake dance, Potter dance, Chaupal Nach-Gaan, Terah-Tali or the Bhopa-bhopi dance- all the popular forms just keep the tourists enchanted. 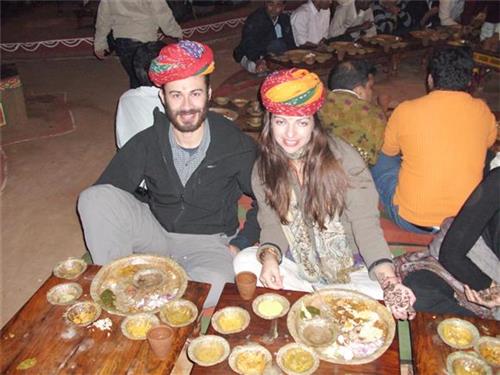 The best part of the ethnic village of Chokhi Dhani is undoubtedly the dining experience. The most exquisite and delectable Rajasthani dishes are served here in traditional way. There is Sangri Dining Hall where one can have those mouth-watering foods in the Manuhaar or ‘eat-till-you desire’ tradition.
Apart from it, there are dining halls like Chaupar, Gorbandh open air dining and the Royal fine dining where eating would be an experience of a life-time.

The National Museum at Chokhi Dhani represents not only the past glory of Rajasthan but you can get experience the whole Indian cultural opulence.  Kalagram took this nice initiative to sustain the livelihood of hundreds of craftsmen of the state.

The important details of Chokhi Dhani are given below: